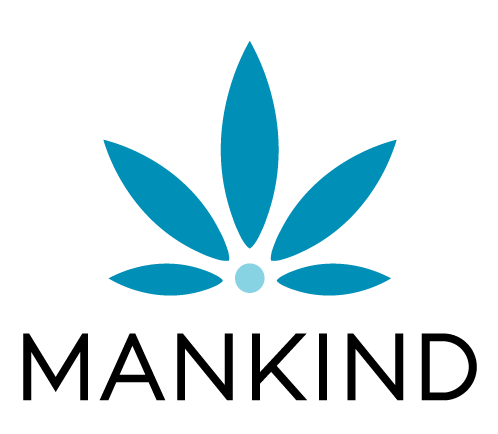 2022 was a remarkable year for weed in California, with world class grass coming from every corner of Cali. If you’re a cannabis connoisseur, then you’ll probably look back fondly on 2022 as a year filled with great drops and exciting pheno hunts from familiar favorites.

What are cannabis strains (or Cultivars)?

Before we dive into our favorite indica, sativa, and hybrid strains of 2022, let’s do a quick recap on cannabis strains, genetics, pheno hunts, and everything that goes into growing world-class weed.

First – what is a cannabis strain? Simply put, a strain is a “variety” of cannabis. A growing number of scientists, connoisseurs, and cultivators are using the term “cultivar” rather than “strain.”

““Cultivar” is short for “cultivated variety.” This is a horticultural category (as opposed to a taxonomic one) to describe a plant that’s been selected and improved upon by humans. It can be a hybrid (either intentional or not), or selected from the wild, brought under cultivation, and distinct enough to warrant a naming. No matter the origin, it’s something that’s been touched by the human hand through selection.””

Conversely, crossing strains can also produce vastly different effects than its parent strains, so it’s always a good idea to ask a budtender for advice if you’re not super comfortable with trying out a totally new strain.

What makes a cannabis strain “good”?

Growing world-class weed isn’t easy, and every single person has a different definition of what makes for “good marijuana,” but we typically judge our weed on a few simple factors; how does it smell – how does it look – how does it smoke – and how does it make you feel?

How do genetics impact your cannabis

Cannabis genetics are an important and often misunderstood aspect of the weed industry. Many of the best grows in California spend a lot of time, talent, and money investing in the genetics of their pot to produce the best possible product.

Cannabis is typically grown using one of two methods – cloning a plant or growing from seed – and in both cases, genetics play a huge role in the quality of the finished product.

When growing a cannabis plant from seed, the crossed strains will impart various characteristics on their beautiful baby weed child. Many farmers will selectively breed individual plants to ensure the best possible traits from each parent are passed down to the seed (a process known as pheno-hunting)

What is a pheno hunt (also known as pheno-hunting)?

Pheno hunting is the painstaking process of growing and monitoring a large number of seeds of the same strain in order to find the best possible phenotype of an individual strain. Some of the best indoor cannabis farms in California such as Blueprint, Turtle Pie, and Greendawg Cultivators are renowned for growing hundreds of plants during the pheno hunting phase in order to find the purest possible expression of a single strain.

Some of the characteristics that are highly sought after during a pheno hunt include:

How did we pick our favorite cannabis strains of 2022?

The staff at Mankind Dispensary prides itself on being one of the most knowledgeable and passionate teams in California. Our selections of the best cannabis strains of 2022 are based on product testing, staff education, and customer feedback.

Some of the characteristics that the Mankind Dispensary team considered when choosing the best strains of 2022 include:

Sativa strains are often consumed for creativity, energy, and focus. Here’s our top sativas that we smoked over the last year that put a pep in our step:

Congo Club: Red Congolese – Congo Club teamed up in the early 2020s with Red Top Farms to drop one of our absolute favorite sativas. A true classic, Red Congolese is crawling with red stigma (those little hairs on the pistil), and is sought after for a creative and optimistic high that’s perfect for tackling projects or sitting down for some art-house flix.

THC Design: XJ-13 – THC Design started growing their XJ13 back in the early 2000s… but we’re still putting it on the list! Bursting with caryophyllene and myrcene, this sativa hits hard with soaring euphoria and a wildly uplifting body high that should keep it at the top of any “best sativas” list for many years to come.

Indica strains are often consumed for relaxation, pain relief, and assistance with depression and anxiety. Here’s our top indica’s that left us blissed out and glued to the couch:

Smoke one bowl and you’ll be hit with solid euphoria. Smoke two bowls, and it’s couch time. Smoke three, and it’s za za zzz time… but don’t just take our word for it. This strain took home three awards at the 2022 Zalympix Winter Olympics including Best Overall, Most Potent, and 2nd place in the “best tasting” category. This one will be on our list for years to come (unless Blueprint finds a way to somehow top Triple Lindy… and we wouldn’t put it past them!)

Connected Cannabis: Slow Lane – This heavy cross of Biscotti and Sugar Cone was one of our favorite couch-lock strains that we kept coming back to in 2022, with supremely relaxing effects and a delicious creamy sweet terpene profile.

Connected is consistently named as one of the best indoor cannabis operations in California, and has a more traditional approach to their breeding, while their sister company (Alien Labs) has a reputation for some more adventurous crosses.

One of our absolute favorite smokes of 2022 was their Styrofoam Cup, a heavy indica dripping with swampy sweet caramel and diesel-pine aroma that left us completely knocked out after an initial rush of euphoria.

If you want to buy some weed that gets full 10/10 marks on look, smell, smoke, and effect, then look no further – Team Elite has you covered.

Hybrid marijuana strains are a bit of a catch-all category containing anything and everything that’s not a super-sativa or a heavy-indica. (Some weed gurus will tell you that everything is a hybrid these days… and they’re not wrong… but we’re not going to open that can of worms) Here’s our top hybrid pot strains that left us balanced and vibing all day long.

Cannabiotix (CBX): Cherry Dairy – Cannabiotix has been on an absolute breeding spree in 2022, dropping numerous exciting crosses with their classic Cereal Milk strain…  but Cherry Dairy stood above the rest with one of the best expressions of cherry terpenes we’ve seen in years.

By crossing Cherry Pie with Cereal Milk, Cannabiotix has produced a high testing, sticky-icky hybrid that left us totally mellow and completely functional. While the effects of Cherry Dairy are fantastic, the smooth smoke and outrageous terps made it one of the most enjoyable smokes of the year.

(Some honorable mentions from CBX include Red Eye OG, The Silk, and Whiteout.)

Blueprint Genetics: Chef – We can’t think of a better accolade for Blueprints latest drop than this: Pick up some Chef and you won’t want to smoke anything else for a long time.

This is some of the dankest herb that we’ve smoked in years, with gassy, skunky, cheesy, sweet aromas that completely take over the senses from the moment you open a jar. The effects are uplifting, spacy, and euphoric… and left us completely blissed out and goofy.

This outrageously pungent hybrid had the whole dispensary staff hopping in line to snag some for themselves, and then coming back for more.

Squints x Foreign Genetics: Wendy – The dispensary scene is filled with celebrity cannabis that’s far more focused on hype than quality…but Wendy shatters the mold. Chauncey “Squints” Leopardi (of Sandlot fame) has been in the cannabis game for more than 20 years, and jumped into the rec market with one of our favorite indica strains in collaboration with the wizards at Foreign Genetics.

Wendy is a giggly, sweet and gassy hybrid strain that’s a perfect fit for a movie night or daytime stroll. While we loved the full, dense nugs of this top-shelf hybrid, we’re even more attracted to the smalls, which can be picked up at a super reasonable price for the budget-conscious connoisseur. 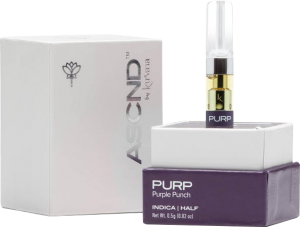 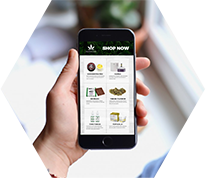