*New customers only. Cannot be combined with other offers or discounts. Expires 2/28/22.
Delivery minimums apply. Offer only valid for online curbside & delivery orders. Mankind Dispensary, and many other cannabis companies, work hard to be a positive force within the communities they serve. Recently Pacific San Diego ran an article on the challenges some companies face in giving back to the charities in our own back yards. Mankind’s very own Cathy Bliss spoke to Pacific San Diego about the work Mankind has done. You can read about it below and then head out to their website to read the entire article.

“We’re trying so hard to keep cannabis … away from kids unless it’s for a medical purpose,” said Bliss. “It makes sense to me why some of the schools might not want to be associated.”

Bliss hasn’t experienced an incident like Brun has, but said a veteran-based nonprofit told Mankind they couldn’t work with them at the moment. Bliss said their reasoning was unclear, but overall finds that the majority of groups want to partner with Mankind on philanthropic work.

Participating in charity work gives Mankind more visibility in the community, said Bliss. She points to Mankind’s sponsorship of a neuroscience conference for the Autism Tree Project Foundation as one example. Many parents approached Bliss at the conference to inquire about cannabis’ potential benefits on autistic children.

“It was overwhelmingly positive,” said Bliss. “The fact that we had sponsored it and I was there; I think that gave a lot of people access.” 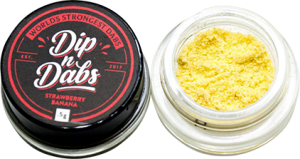